a Gold Certified/Billboard #1 Songwriter and the Founder of Go For Gold Music Group.

At Go For Gold I work as head of A&R, label manager, artist manager and as a playlist curator.

As a songwriter and artist I have been apart of projects that have sold over 200 000 Physical albums and has ammased millions of streams overall.

A few of my songwriting credits include:

Tohoshinki (TVXQ!) - "Crimson Saga" on the album "XV" (The Album enter the Oricon Charts at number one, and it also debuted at number one on the Billboard Japan Hot Albums and Top Album Sales with 160,872 units in the first month) / Mark F. Angelo & Sandie / Kayvahn / SILKIN / Birch / D-Charged. 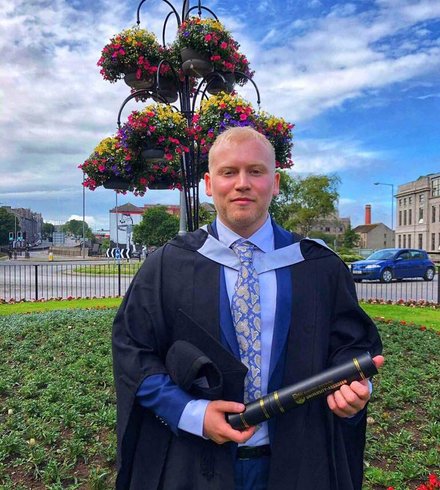 I was born in Sweden (in 1995) into a music oriented family. I started working in music at the age of five, playing concerts with my family all over Sweden until the age of 18. I started writing my own songs during my teenage years, which is also when I first started dabbling in music as an artist.

At the age of 20 I moved to Scotland to start my Bachelors degree studies within Media. During this time I signed a record deal as an EDM duo to a label in Stockholm. Unfortunately a few months after we signed, the label in question decided to steal all their artists money, and the owners were never heard from again. This showed me dark side of the music industry in a way I'd never seen before. While it was hard at the time it was probably one of the best things that could have happened to me, because it led me to the best business decision I've ever made: I re-branded my company and started Go For Gold Music Group.

After a move to the United States for an exchange semster, and one more move to Stockholm for an internship at Starlab Publishing & Studios, I graduated with a BA in Media, with distinction, from Robert Gordon University, Aberdeen, in 2019.

As I'm writing this, I live in Stockholm and I work full time as a songwriter for different publishing companies and labels around the world (including working closely in the studio complex at Starlab Publishing where I did my internship) and with Go For Gold Music Group.